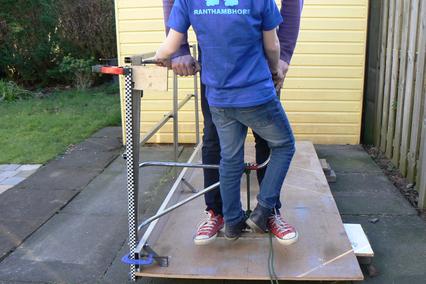 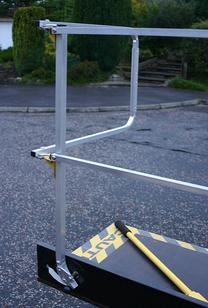 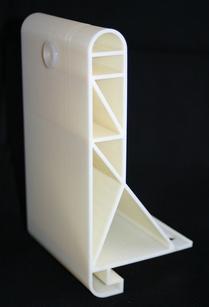 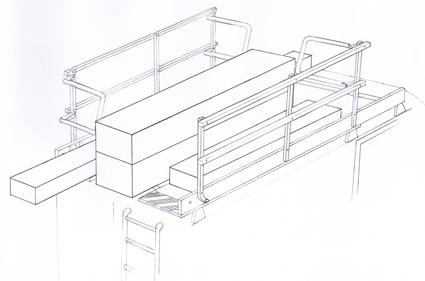 The Vehicle Edge Protection System is an articulated elevating edge protection system which affords fall protection to tradesmen and others who access the roof rack on vans to load / unload materials. It is erected in approximately 10 seconds in 2 simple movements from the safety of the ground, and exposure to the live traffic stream is less than that faced by individuals exiting the vehicle and walking to the kerb.

The project is currently at the working prototype stage, with a fabricated ‘proof of concept’ model having been built, as well as CAD modelling completed on the ‘production’ version which makes use of extruded aluminium sections for increased strength and longevity as well as improved appearance. A section of this extrusion has been 3D printed for assessment purposes.

Since the proof of concept fabricated prototype was manufactured, further refinements have been incorporated, most notably a hinged swing gate which extends perimeter protection to afford fall prevention to 92% of the perimeter.

It is intended that the productionised version of VEPS be developed to achieve compliance with the standards set out in BS EN 13374-Class A, the European standard for temporary edge protection on surfaces up to 10 degree slopes.

Testing of development prototypes continues, and trials  in March '16 show that elastic deformation under full load conditions is comfortably within the limits set out in the standard, reflecting the extensive development work carried out.