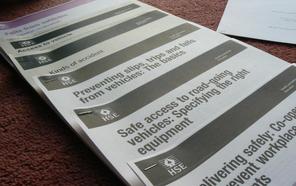 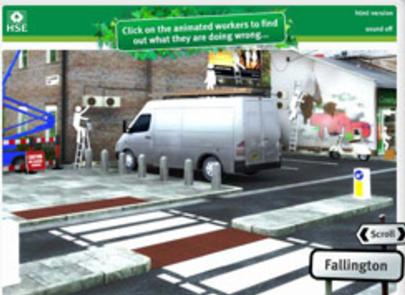 It is our hope that by bringing VEPS to market we will improve standards of safety by moving forward that which is 'reasonably' Practicable' by addressing the risk which is foreseeable (on the basis of the various fatal accidents, HSE guidance etc) which could arguably make the provision of VEPS an expectation across industry in due course.

Further detailed discussion on the particulars of the various specific legislative requirements do not need to be covered in detail here (hyperlinks are available in the ‘links’ section), but are discussed extensively in the VEPS social media profile. Key consideration of course is the need to manage the risks posed by work at height, and the use of preventive measures to control the risk of falls. This is central to the design of VEPS. Effectively, it transforms the roof of the vehicle from being an unguarded platform into a guarded one very quickly and easily.

But when looking at the law, it is perhaps more important to think of those who it sadly didn't protect, and I have looked in depth at the tragic deaths of both Mr Graeme Duthie and Mr Stephen Huntley who both died as a result of falls from vans whilst loading. There are other cases too, including that of Mr Wright who survived his fall, but who's employers Romford Blinds and Shutters Ltd were the subject of civil litigation, as have others, including Northern Electric. It's too early to know if the recent incident involving a sub contractor to Thames Water will result in criminal or civil litigation, the individual involved appears to have suffered a broken arm and other injuries.

Whilst civil claims are often not disclosed, one case has been stated publicly as amounting to £285,000 paid to the family of a man killed in such an accident.

Recent HSE statistcs show that falls from vehicles remain a significant issue across the UK, and a priority for the regulator. Extensive guidance is included in the ‘Links’ section.

It is important to consider the use of the phrase 'So far as is reasonably practicable'. This is a very powerful phrase in H&S legislation. It invokes something called 'the reverse burden', whereby any requirement so caveated requires, in the event of an incident, the duty holder to be able to prove there was nothing more they could reasonably have done to prevent it happening.

This is the sole situation in UK law where you are, in effect, guilty until you prove your own innocence, and is common to many requirements of the Regulations and the enabling Act, including section 6 which regards the manufacture, supply and use of roof racks and roof bars (where the risk of falls is foreseeable by virtue of the common knowledge of work at height backed up with case law and accident histories etc.)

In managing safety we must simply anticipate whether risks are foreseeable and whether the actions required to manage those risks are 'reasonably practicable', balancing the benefit against the effort, time, risks (and the cost) involved in applying the control.

The following legal opinions set out clearly the pressing need for measures to be taken to address the risk posed by falls from roof racks fitted to the type of vans used by tradespeople. These opinions have been fundamental to the design and development of the Vehicle Edge Protection System.

“It is within judicial knowledge, and indeed within the knowledge of the average road user, that tradesmen regularly access the roof of their vans to secure loads and materials......

It is clear that there needs to be a process of education and a review of the design of roof racks.... it seems inevitable that a programme of education will be required to undergird the effectiveness of more detailed regulation and guidance on safe loading and unloading practice, and on the design and installation of roof racks.

I have described this, in my formal findings, as a strategy since it seems evident that a long-term and planned approach will be required to reduce the risk of others suffering the same fate as Mr Duthie. The development of such a strategy would produce at least some lasting benefit from Mr Duthie's early demise.”

Determination by Sheriff Alan D Miller, Inquiry into the circumstances of the death of Graeme Fraser Duthie, Forfar, 2nd September 2009
​
47....The Particular roof rack... had no guardrails or hand holds.
48. In my Opinion this was an inherently dangerous method of work. There was a serious risk of falling from the platform. If an employee were to fall he would be likely to suffer injury, and perhaps very serious injury.
63. A suitable and sufficient assessment would have shown that the defendants method of working did not reduce the risk of injury to the lowest level reasonably practicable.
68..... there was a breach of the regulation because the platform, having no guardrails, was not so constructed as to be suitable for this purpose.
77.....I am satisfied that it was reasonably practicable to take measures, involving the provision of guardrails, to prevent such a fall.
83... he lost his footing, causing him to fall head first off the roof rack. The accident would not have happened if there had been a guardrail

Summary of Key comments in the judgment of Michael Harvey, QC in the case of Wright v Romford Blinds & Shutters Ltd, High Court of Justice, 22/05/03

Key to this project is achieving compliance with Health and Safety legislation in the UK, and in particular the duties held by employees under: